What is User Approved MDM enrollment?

Currently, the benefit of UAMDM is in one area of functionality: kernel extensions. UAMDM allows an administrator to whitelist third-party kernel extensions (kext) for macOS, as well as allow or prohibit the user from enabling a kext themselves. MacOS 10.13.2 effectively disables loading third party kernel extension on devices enrolled in MDM that are not user approved.

A kernel extension can be whitelisted one of three ways, by specifying:

Why does this matter?

Many software solutions, particularly in the realm of system management, security, and network connectivity (like VPN) rely on kernel extensions. If these kernel extensions are not permitted to run, the software will cease to function.

You can view the third party kernel extensions that exist on your macOS computer by running the following from terminal:

As a migration path, Apple has provided an exception to this rule. Devices upgraded to 10.13.2 that are enrolled with an MDM before upgrading will be considered user approved.

How do I whitelist Kernel Extensions with SimpleMDM? 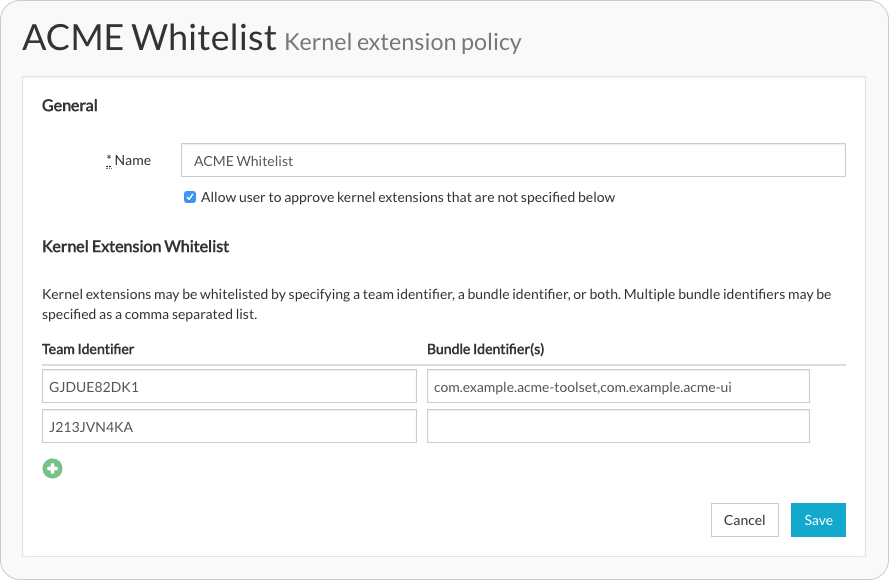