What are macOS Kernel and System Extensions?

macOS and OS X versions have traditionally allowed the use of Kernel Extensions in order to enable applications to access OS-level functionalities on devices. This includes resources like memory, disk access, and other hardware. While Kernel Extensions provide a great deal of functionality, they can also expose security vulnerabilities.

In macOS 10.15, Apple introduced System Extensions, which intend to replace Kernel Extensions. System Extensions provide third-party developers with access to certain system functionalities without exposing the level of vulnerabilities that kernel extensions do. Since their introduction, Apple is encouraging developers to move toward this more modern approach.

For macOS devices running macOS 10.13 and later, Kernel Extensions must be approved by a local system administrator and/or must be whitelisted via an MDM service before they are enabled. With the release of devices with the Apple Silicon (M1) hardware, this process also now requires users to boot into recovery mode and manually reduce the security level before the apps can be run. Apple’s documentation explains this topic in more detail: https://support.apple.com/en-us/HT211860 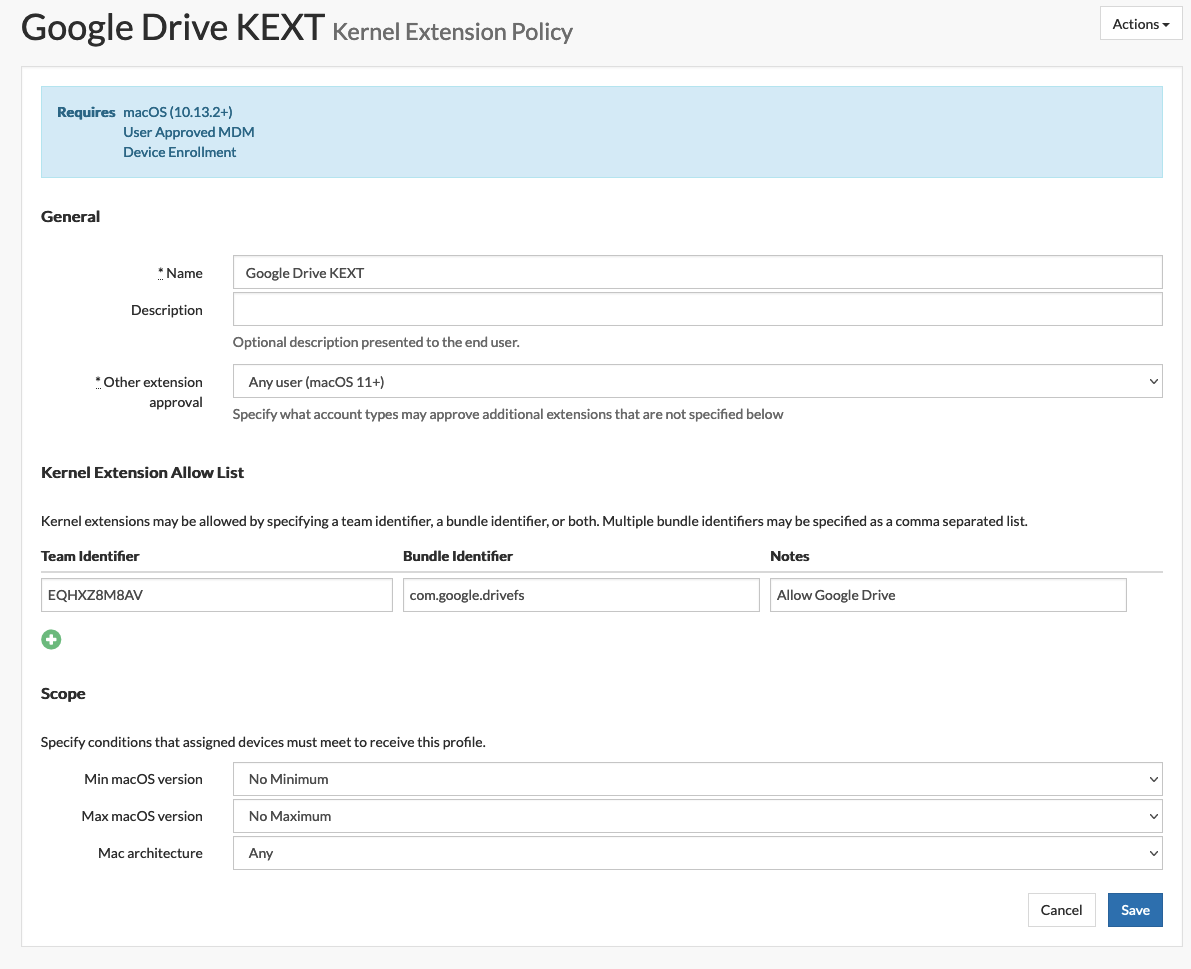 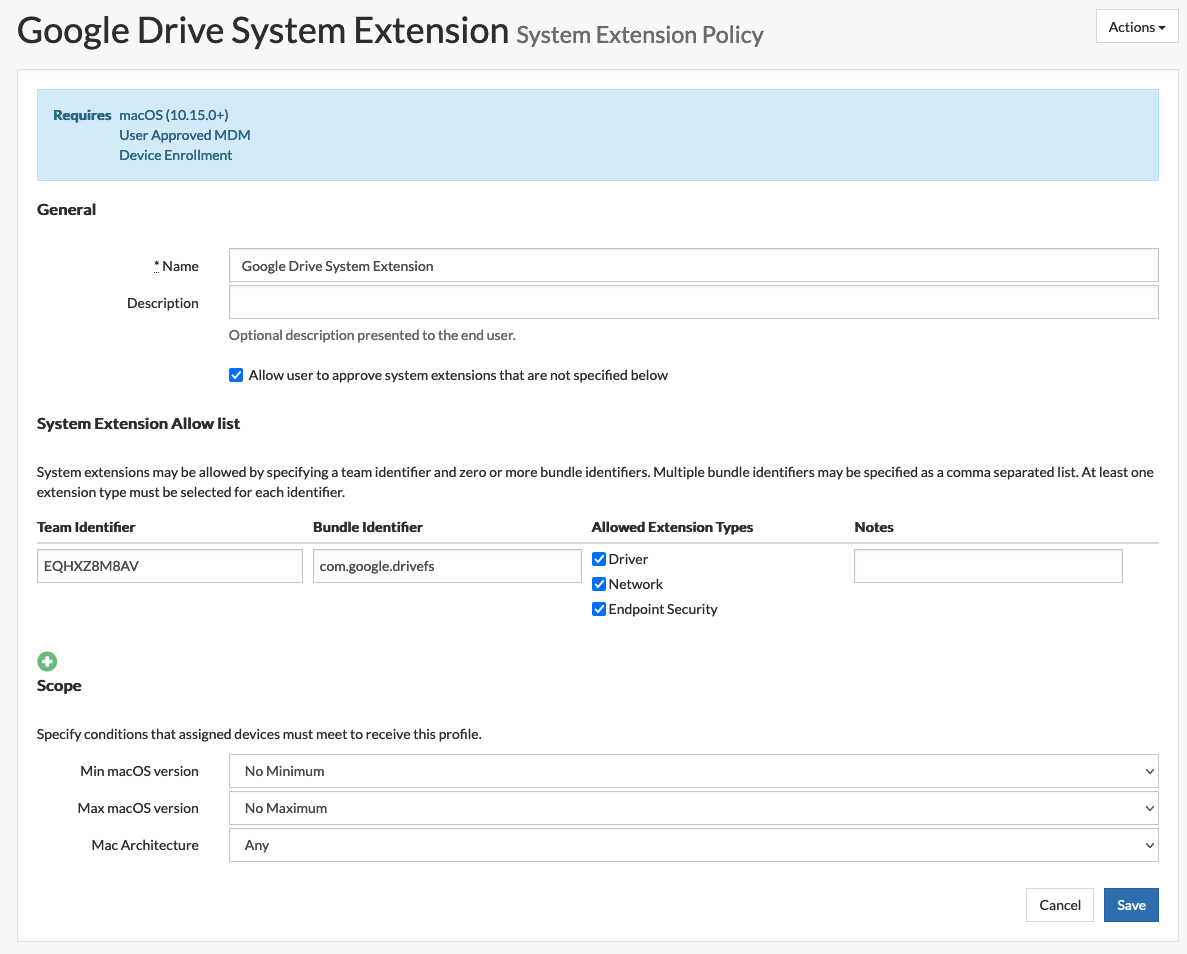 One method of manually obtaining the Bundle Identifier for an application requires you to have physical access to a macOS device where the application is installed. Once installed, run the following command in terminal:

For Google Drive, the command would look like this:

To obtain the Team Identifiers for Kernel Extensions, the Mac must also have the app installed. Run the following command in terminal:

This will output a list of team IDs and bundle IDs for any installed apps using them.

To allow an app using Kernel Extensions to run in macOS Big Sur on a device managed with SimpleMDM, you’ll need to perform one of the following to complete the process:

System Extensions Policy profiles require similar information – you will need to include either the Team Identifier or the Bundle Identifier (or both) for any apps that you want to permit. On macOS Big Sur, unlike Kernel Extensions, System Extensions only require a profile to permit them – additional steps like a restart, etc. are not necessary.